Kids go half price this October half term!

It's a great time to visit the safari! Autumn has arrived and the safari park is being transformed! We love this time of year, with so much to see all with a backdrop of amazing autumn colours! We took the camera along to see what the animals make of the autumn leaves. You can watch the meerkats and bush dogs exploring the fallen leaves looking for the treats we'd hidden inside. Definitely worth having your volume turned up so you can hear the secret sounds meerkats and bush dogs make.

TOP TIP: There's puppies to see on safari! Our bush dogs have just had a litter of babies in the Foot Safari so definitely a must see for your half term visit.

Adventure on the Foot Safari

We're more than a Safari Drive, the 5 mile route through over 500 acres of park is without doubt a highlight of anyone's visit; lions, rhino, camel, herds of antelope and deer but don't forgot to make time for the Foot Safari! As well as the meerkats and bush dogs, you can see giraffes, tapir, the largest rodent in the world the capybara and a close relative of the llama the South American vicuna. There is also a new arrival at the Amur Tiger Trail; a male called Kuzma. See our new male as he gets to know female Bira, and keep your fingers crossed for baby tigers in the future! Amur tigers are native to the Russian Far East so they're well equipped for these colder seasons - come and see for yourself!

WIN a Silver Membership for your family

Follow our pumpkin trail this October Half Term and discover the truth about some of the most iconic Halloween animals!

Rats, spiders, toads and bats seem to have a bad reputation, so we've  created a quiz to test your knowledge of some common myths! Enter for your chance to win a silver level family membership which includes a years free entry and all the benefits that come with silver membership. You can purchase your pumpkin trail map for 50p at the safari entrance or download a copy to print at home. See full terms and conditions here. 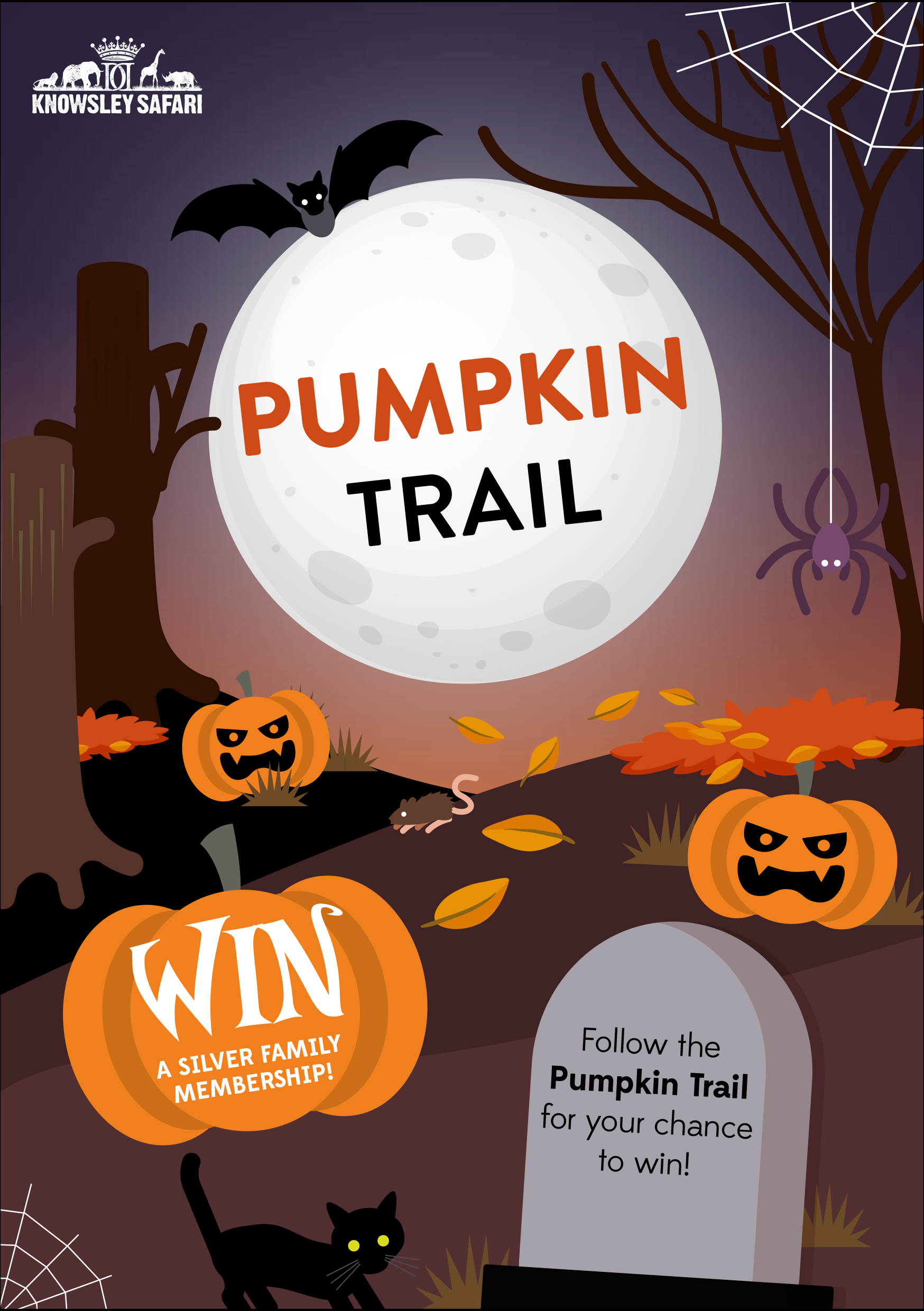